I am trying out new responsive mobile-friendly themes so as to avoid the oncoming Google Mobilegeddon. Currently, trying out SiteOrigin’s Inception (free version) theme. According to Google’s Mobile Friendly Test, Pondering Creek passes.

And you thought scientists were old and stodgy

So this paleontologist and a heavy metal musician team up and turn a scientific paper into an art form.

I’ve never been much of a heavy metal fan…hey, I am old(er) and stodgy…but this was worth a listen for the creativity alone.

We visited the big city yesterday and I made a point to wander through my favorite used bookstore and happened upon Clare Walker Leslie’s Nature Drawing: A Tool For Learning. The book was in good shape and the price was right, so home with me it went (along with too many other books, as always.) 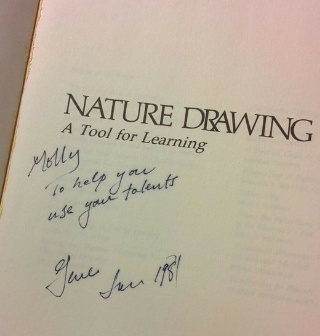 This morning I was flipping through the book and noticed the title page. I had missed it while at the bookstore. I can’t help wondering. Did Molly put the book to use and, if so, what happened to her work? What is the story behind the inscription?

I’m trying out working with photos on my Nexus 5 Android phone and uploading the results to Pondering Creek.

Using the Android app Photo Editor, I re-sized the image to 640 x 710 then, using Snapseed I cropped the image and used the automatic adjustment settings, resulting in: 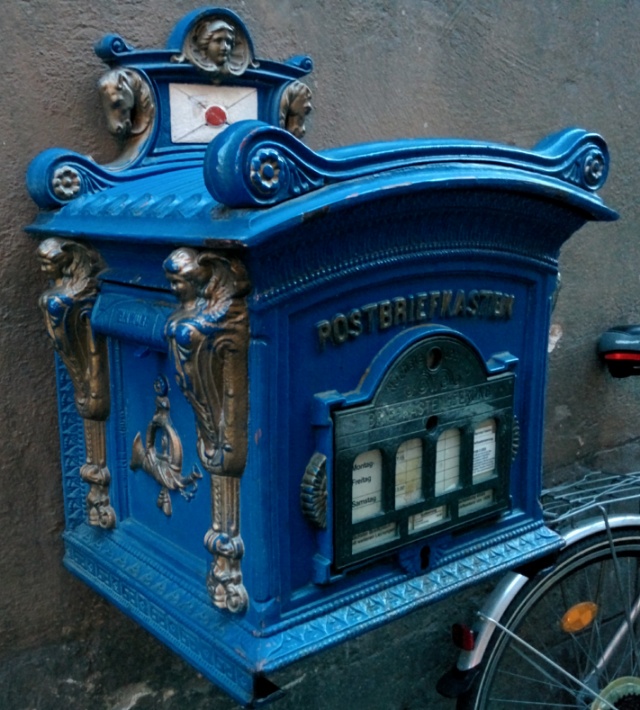 The WordPress app worked fine for intial layout of this post, but it was a pain to try to edit and move things around. I finally moved to my laptop to finish off adjusting the actual size of the photos shown above.

I recently ran across Ello, a new social networking site. I’m not going down the road with the is it a Facebook killer debate. 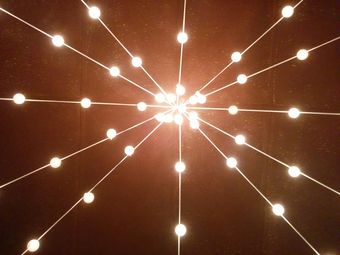 Join me on Ello!

I’m far more interested in the clean design of the desktop UI, no ads, and (so far) much better privacy polices than, ummm, other sites who shall no longer be named.

Ello also appears to be a great place to meet creative folk. There are a ton of artists in almost every medium posting great content. Who knows where this will go, but it is a fun ride at the moment.

Currently, Ello is in beta and, thus, is a work in progress. Joining is by invitation only. However, invitations are not that hard to score.

I have set aside two invites for Ponderingcreek. I’ll email invite codes to the first two folks to ask for them in the comments.

Another option to find invitations is to take a look at Ello-Invite.com or /r/ello2 on Reddit.

I’m hanging about on Ello as @mitchemberlin, so give me a follow. My Ello avatar is shown above. Once I figure out how to do it, I’ll add an Ello link to my follow me side bar.

For more information on Ello, take a look at Dave Winer’s blog post or the Ello about page which is open to everyone.

Robinson Crusoe and the Future of Storytelling

I am concluding week one of The Future of Story Telling, a Massive Open Online Course (MOOC) offered by iVersity. This free eight-week course consists of a series of videos augmented by quizzes and linked material. The course also includes “creative task” assignments each week. The first creative task requires us to tell about a book that impacted our lives.

As a life-long enthusiastic consumer of storytelling, I never imagined struggling so hard to find my topic for this creative task assignment. But, struggle I did; my brain just flamed out. I finally started free writing about stories I remembered reading and enjoying most from my childhood. The Life and Adventures of Robinson Crusoe is the story I kept coming back to as I worked through this process.

My assignment, should you choose to accept it … 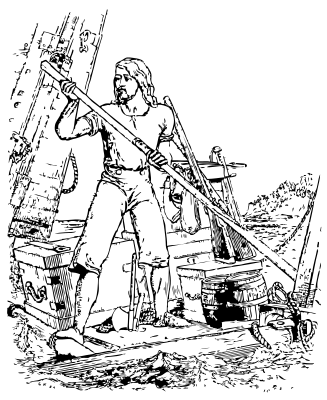 Robinson Crusoe, by Daniel Defoe, entered my reading life early. The story, about a man shipwrecked and on his own and the ways he coped as a castaway on a remote island (this was pre-Gilligan, folks), fascinated me. I’ve always been a “re-reader” and this is a book I revisited often. Numerous scenes stand out in my memory: Robinison’s salvaging what he can from his wrecked ship and then again from, at least, another later shipwreck (I haven’t re-read it in a while and can’t remember if there was more than the one additional wreck later in the book); his building the large dugout canoe only to discover, when finished, it was too large to move to the water (even as a child, I related to grandiose projects gone awry); building his fort and digging out a cave (we won’t talk about Dad’s reaction to the hole I dug in the back yard) and, subsequently, planting so many trees around his fort that they became an impenetrable forest. All of these scenes excited my imagination.

Defoe’s depiction of a castaway making do with only the things he had at hand, or made, certainty channeled the Walter Mitty (who is still alive and well) in me. The later appearance of Friday and the subsequent rescue of Friday’s father as well as, eventually, Robinson, held a lesser appeal to me then. I was more interested in the guy on his own, all by himself, and his story of how he got by. The appreciation of Defoe’s nuances regarding loneliness, class, and race only emerged later as I re-read the book when I was older.

At the time, probably around eight years of age or so, Robinson Crusoe was just a fun read that stuck with me through the years.

But, I digress a bit

In actuality, it was a comic book that led me to the story. The favorite TV cartoons of this particular time were the classic Mighty Mouse, Bugs Bunny, and, always, Popeye. Any local television station worthy of the name at that time had its own Captain (Dan, or Bob, or Joe … pick one) hosting Popeye the Sailor cartoons. Between cartoons, the Captain joked around – on live TV – with a gaggle of local kids lucky enough to score tickets to the show. One day, I got a letter in the mail. It included my ticket to the Popeye show. For whatever reason, I no longer remember, we arrived at the studio a bit late. As one of the last of the 15 or so kids, I climbed up on the end of the top row of bleachers. A harried staffer handed me my freebie bag. In the bag was a Classics Illustrated comic book. I was as aghast as any full-blooded 8-year old boy could be to discover: Cinderella!!! Or, maybe, Snow White. I’m not sure at this late date. I do remember a lot of pink. About that time, Captain Dan(?) walked in, apparently saw the look on my face as I held the comic book, grabbed another comic book, shoved it into my hands, and said, “Here. This is a good one.”

Robinson Crusoe. Cap’n was right. It was a good one.

It wasn’t long before a full, unabridged copy of Robinson Crusoe arrived in the mail. My dear parents, now long since at rest, never considered books a luxury. Toys might have to wait for birthday or Christmas; books seemed to just appear. Frequently.

Robinson Crusoe was also my gateway drug book to other stories such as Wyss’ Swiss Family Robinson, Stevenson’s Treasure Island and Burroughs’ Tarzan of the Apes. Defoe’s work certainly wasn’t the first book I read, but his story is the one I remember the most as immediately enthralling me and inciting a passion to find other stories that evoked similar emotions.

What stories resonate through the years for you? Please share your thoughts in the comments.

If you are interested in the The Future of Storytelling MOOC, click on the link for the course’s iVersity page. You can also follow on social media by going to Facebook or going to Twitter and following @StoryMOOC or search on #StoryMOOC.

I love my Nook Simple Touch. It is light weight, easy to use and has a microSD slot allowing a huge digital library on the go. So, I’ve kept an eye out for a way to toss some of the articles I run across into ebook format for later reading. Calibre has the capability to capture URLs and convert them to all of the ebook formats the program handles. The biggest problem I’ve had with Calibre is it only converts one address at a time and captures everything on the page including all of the ads and assorted links and minutia which clutter up the formatting on the Nook.

Readlists.com is a web-based solution offered up by the folks at Readability. From the homepage, you see the day’s featured Readlists. Scroll down to the bottom of the homepage and you will find an easy to miss “Recent Readlists” button which will let you scroll through other Readlister’s gleanings. You can view any of these Readlists online or download as you see fit.

Click on the big “Make a Readlists” button at the top of the homepage and you are ready to start cutting and pasting the URLs of the article or post that you want converted to ebook. Readlists lets you take a variety of links, drop them in line by line and then create an easy on the eyes ebook. You can then download your ebook, email it, or send it to your Kindle or iDevice.

So far, all of the URLs I have tried with Readlists have resulted in an ebook that formats well on my Nook very similar to the format I see when reading the site on Readablity.

While you can create anonymous Readlists you can also login via your Readability account. The advantage of logging in is you are able to manage your Readlists via your userid. However, this logging in via Readability is the biggest problem I have with Readlists: you cannot easily log out. Also, the only indication you have that you have successfully logged in is when you try to create a Readlist: your Readability userid will appear in the “Created by” statement under the Readlists title strip. Your userid is found at the top of the bar along the left hand side of the page once you hit “Make a Readlist”.

The only way I found to break the linkage between any future Readlist I created from my Readability userid was to force a logout in Readlists by using my browser’s (in this case, Firefox) security features to clear my cookies. I also cleared cache, active logins and site preferences at the same time — which might or might not have been overkill. Once I cleared these settings, my Readlists went back to anonymous.

If I am missing something here, like an obvious “logout” option on Readlists that I’m simply not seeing, please let me know in the Comments.

There is always something to draw or sketch

Jamie Fingal, over on The Sketchbook Challenge, shares some nice, simple, clean sketches of sentimental household items. Newbies to drawing and sketching (one newbie in particular, you know who you are) take note: look around for ideas and don’t limit yourself to a sketch book. Take a look at how Ms. Fingal’s uses shipping tags for her sketches. The tags work (and look) great.

Please excuse the mess as I play with WordPress themes and widgets.